#WritingWednesday: In The Cities Of Cloaks And Daggers

Happy Wednesday! I’m using Wednesdays to share some short bursts of the stories I’m working on… because that way, I figure, I’ll be motivated to keep working on them

Right now (besides the Smith and Skarry adventures, which get quite enough attention in my other posts) I’m working on an LGBTQIA+ Mythpunk standalone novel called In The Cities Of Cloaks And Daggers whose central themes are identity, voice and power.

It’s based in a world where Time grows like grass and is harvested, where people of the four cities – Gnarl, Ash, Slain and Caligari – wear their whole lives on their backs in the form of patchwork story Cloaks. Those who don’t have a Cloak, have no clue as to who they are. Those who have Cloaks guard them jealously for fear of the desperate Daggers who would steal them for themselves.

The novel is divided into four books – The Book Of Bujo (which btw is a complicated word whose closest meaning would be heist/ joke/ prank/ trick), The Book Of Scales, The Book of Feathers and The Book Of End – but in the opening the reader finds themselves in a burned down library where the pages of all these books have been scattered, charred and disarrayed across the floor so the narrative has to be pieced together in fragments and the time line dawns slowly rather than being obvious from the start.

It’s ambitious, I’m scared about failing at the vision I’m aiming for, but I love pushing the boundaries of what I can do and I’ve done similar things with short stories so I really hope I can make it work, let’s see… This is the next extract, you can find the previous part here: #WritingWednesday: In The Cities Of Cloaks And Daggers

The Grass Temple had to take care ; the winds that swept across The Sea Glass Isle were perfect for high speed Kiting but when you were made of grass, wind was never going to be your ally.

‘Weave me,’ The Grass Temple thought with all her strength, “weave me stronger my little ones, my wee, wee priests and priestesses who scuttle through my hollows and who build and mould and create and destroy and create me new again, weave me firm against this gale.”

The Grass Temple had no idea whether the creatures who dwelt inside her heard her thoughts. Sometimes it seemed they did her bidding; seemingly miraculous coincidences once or twice had almost convinced her to adopt an unshakable faith in that fact… but more often they wove and snipped and clipped and trimmed and embellished and refurbished and went on about their days seemingly oblivious to her attempts at communication.

The Grass Temple was certain that they were oblivious right now to her – and their own – impending doom at the hands of the violent gusts  which tugged and teased and threw the long multicoloured tendrils of her form every way they pleased.

‘Weave!’ The Grass Temple pleaded, looking desperately around the Kite for shelter. She had not been with the others long, they had rescued her from a group of Daggers who, not content with cutting off her Cloak, had begun to pull her apart just for the fun of it.

She treasured that day in her memory; The swift blades of The Duchess, the bellow of The Magon’s rage as they chased the last of her assailants off into the knotted city walkways, the dashing Kesili as they lifted her in strong arms to safety and the mocking wit of The Dragpie whose scathing curses followed The Daggers’ heels off into the gloom.

She had known who she was before that… at least, she had known what Her Cloak said about her, and she had believed it. The Grass Temple was one of the lucky few who had grown a Cloak from her shoulder blades when the sky had shattered and the voices had all been sealed away by The Alchemists, for the protection of The People.

No one with a cloak doubted that the embroidered patches of words and pictures told the story of who they were, what they had done and what they would do in the future. They immediately began adding to them, recording their daily escapades and  achievements and each patch they added became an intrinsic part of their own, true self.

The Grass Temple remembered all this, she remembered the thrill of adding each new segment of fabric to her frame … but nothing else; whatever those pictures and words had said about her was now gone, all except a few tattered fragments that still clung to her back… a black and white bird … a dragon… a windmill… a seed… a tree… and one beautiful golden eye…

That was what Daggers did – having no Cloaks of their own and no clue to their own identity or purpose the people of The Four Cities were left with several choices ; Daggers chose to cut the Cloaks of others and steal a history for themselves. Of course the Cloaks didn’t graft onto their flesh and truly become their own, but no one would know the difference unless they looked closely. The Dragpie had said that there were even Daggers who cut Cloaks into fragments and traded them on, and that some Daggers actually had Cloaks themselves but coveted and stole more illustrious or exciting parts of the stories of others.

The Grass Temple didn’t have a mouth to smile with just now, but she felt the smile rise inside her all the same ; she was safe, the crew of The Land Kite had welcomed her like a sister and, they had promised, they would help her recover her lost Cloak – piece by piece if necessary – from the Daggers’ who’d stolen it.

There you go, I hope you enjoyed reading the next little extract and thankyou so so much for taking the time to read along and for all your kind ‘likes’ and words of support and encouragement- they keep me going!  🙂 What are you writing at the moment? Feel free to share links to your own works in progress or Writing Wednesday posts in the comments 🙂

Blessings on all your writing endeavours!

Happy MythpunkMonday! A while back in September, we looked at the mythology and folklore of trees and I shared an extract of some of my tree-based mythpunk Opre! I promised then that I would spend another post looking at working trees into our Mythpunk, so here we go…

As comfortably as trees sit within the heart of many world Mythologies, they don’t lend their image so readily to the realm of punk, at least not at first glance.

We tend to associate trees with the countryside, with high fantasy or historical settings, they might be used in writing to create the feel of tranquillity or terror but we seldom see trees being used to create a gritty urban backdrop for a dystopian situation, or being the catalyst for a postmodernist plot. Fictional trees that speak, tend to speak like old men and women, or very occasionally naive young girls. I would like very much to see a Mohawk sporting, forty-something, jaded Willow Tree hurling cans at litter louts in a psuedo-park in central New London…

That’s an extreme and slightly comical example of course, but I think it’s a good hammer with which to smash our preconceptions about trees in mythic fiction. Trees are, to my mind, too often portrayed as benign life givers, old fonts of wisdom and healing, sources of magic, resources to be used and abused. But they have other faces too ; they can poison, choke, harm, barb, wound, unbalance, tear down and destroy … I mentioned Tolkien’s Ents in the last post in relation to anthropomorphism, but I do very much like their verve!

Our historic abuse of trees and their land surely has enough fodder in it for gritty, feral, subversive voices to rise up from the asphalt and the concrete, the timber frames, furnace and cellulose packaging and bite back so, here is a little list of tree-mendous (had to be done) tree-punk to give us some inspiration, click on each title to follow the links and feel free to share your own ideas, examples and gawd-awful tree puns in the comments! XD

BLADES IN THE DARK

I very much like the trees described in Blades In The Dark ; Jayan Park in the Charterhall district is full of beautiful alchemical abominations in a sunless world, deadly to touch and utterly useless for supporting life, but still revered.

“The great alchemist for whom this park is named contrived to formulate soil and seeds that could produce real, growing trees, without sunlight or radiant energy. They are horrifically toxic to all living things and must not be touched but they still grow beautifully here, over 100 years later.” – Blades In The Dark P262. 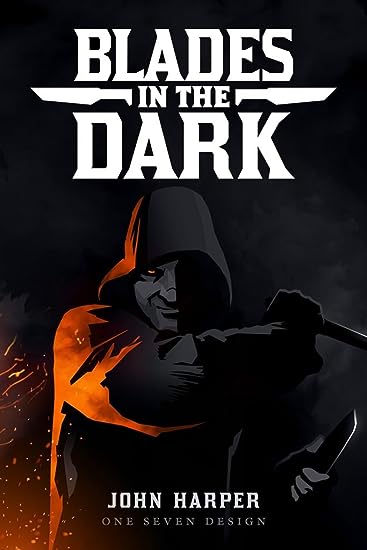 WHEN WE ARE VANISHED

In a world not so different from our own, a vigilante group of techies have shut down all the computer systems on the planet in an attempt to put an end to the war and destruction orchestrated by technology. But where there’s a will, there will always be a way and a new ‘cellulose tech’ has now been developed. But using living plant cells in communications technology leads to some disturbingly sentient systems… and then the people begin to vanish…

This poem by William Blake is, of course, not actually about a tree but I find the imagery and metaphor strongly evokes a punk sense of proactive subversion; the vengeful gardener, the poisoned fruit / the bright lure to death – in many ways the song of technology to the heart of human kind;  the two fingered punk salute at the end…

I was angry with my friend;
I told my wrath, my wrath did end.
I was angry with my foe:
I told it not, my wrath did grow.
And I waterd it in fears,
Night & morning with my tears:
And I sunned it with smiles,
And with soft deceitful wiles.
And it grew both day and night.
Till it bore an apple bright.
And my foe beheld it shine,
And he knew that it was mine.
And into my garden stole,
When the night had veild the pole;
In the morning glad I see;
My foe outstretched beneath the tree.

Here’s a suckerpunch one for you, this one got me right in the windpipe when I saw it so I’m only going to post the link in the title and you can follow it to the picture. It’s inspiring my WIP at the moment!

This broke my heart, appalled and held me enthralled with grim fascination when I first saw it a few years back. The video gives one side of the coin, click the title link for the other…

And just as a fun note to end on – Yes they do exist!

I hope you enjoyed this #MythpunkMonday post, do feel free to join in and share your own work or that of others, using the hashtag and post your own thoughts and tree-punk wisdom in the comments 🙂